Worries that changing ocean climates and marine life ecology could negatively impact Great White Shark populations have been put to rest, thanks to a recent report released by the Florida Program for Shark Research. According to a study published today in the journal PLOS One, Great While Shark populations are faring better than expected which is fantastic news for conservationists and ecological experts alike.

Three years ago a host of reputable studies showed that white shark population numbers in the Eastern North Pacific were alarming low, triggering a number of petitions to have the predators become a protected species. An unlikely predator pair tips the population scales away from coyote dominance in North America.

US researchers have contradicted earlier findings that great white sharks in the eastern north Pacific are at risk of extinction. New findings suggests there are around 2,000 in the area, not 219 as research released three years ago had indicated. 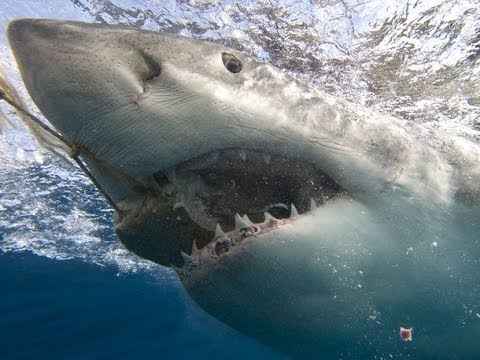 “If something is wrong with the largest, most powerful group in the sea, then something is wrong with the sea, so it’s a relief to find they’re in good shape,” said George Burgess, director of the Florida Program for Shark Research. “That we found these sharks are doing OK, better than OK, is a real positive in light of the fact that other shark populations are not necessarily doing as well.

The earlier count was based on research at two sites, the Farallon Islands west of San Francisco and nearby Tomales Point where seals congregate and so do the sharks that eat them.

“The species appears to be recovering,” said Cami McCandless, one of the authors. “This tells us the management tools appear to be working.”

The report also illuminates where people encounter white sharks mostly between Massachusetts and New Jersey during the summer and off Florida in the winter.

They also migrate based on water temperature and availability of prey and are more common along the coast than offshore, the report states.

The study was published in PLOS One on June 16.