Deprecated: define(): Declaration of case-insensitive constants is deprecated in /home/wallstre/public_html/wp-content/themes/epik-tgc/functions.php on line 6
 US internet users •

A new study released Monday by the American think tank Pew Research Center shows that more than two-thirds of Americans believe that the Internet helps them be better informed and has considerably improved their ability of learning new things.

The findings reveal that the average American’s faith in what on-line services have to offer has improved significantly since 2006 when Pew conducted a similar study.

More than 70 percent of participants also said that on-line experience has improved their ability to share new ideas and creations with other people. In 2006, only 55 percent of US residents claimed that thing.

Researchers say that a probable reason for these results may be the social media boost in our times since social networking platforms are now being used by more than two-thirds of Internet users. In 2006, these platforms were not so “heavily in use,” researchers explained.

The Pew Research Center on-line study is based on a survey on 1.066 US adult participants who responded to some Internet-related questions between 12 and 18 September. The research group said that the margin of error was about of 3.3 percent.

According to the study 87 percent of people going on-line think that the Internet and modern technology have helped them learn more things in an easier and time-effective way. Another 81 percent believed that Internet access has made them feel better informed both when buying different services or products and learning the news or pop culture gossip.

Seventy-five percent of respondents feel they learn more in national and international news, while only 39 percent said the same thing about their local news. Sixty-seven percent were happy that the Internet helps them better stay in touch with their friends, while 60 percent enjoyed that the web services help them feel connected with their distant relatives.

“These generally positive attitudes are buttressed by the view that people like having so much information at their fingertips, rather than feeling information overload,”

Pew staff members also said that they had been asking Americans about the “information overload” since 2000 when they began their research and they received the same answer – Americans love to have lots of information choices and they do not feel that the growing flows of new information in their lives oppress them in any way. 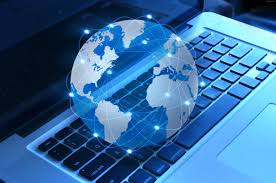