Massachusetts doctors from the Boston General Hospital are currently monitoring an Ebola suspect. The doctors said they cannot confirm if the patient is really infected with the deadly Ebola virus.

“The patient is in stable condition and is in good spirits and is undergoing clinical evaluation and care and we are in close contact with the city and state health officials.”

Dr. Biddinger said the patient has been to Ebola affected areas and the chances that he might have been exposed to the virus are high.
The Boston Ebola suspect is currently in under quarantine in while undergoing tests to determine if he really carries the virus. The doctors say it could take several days until they’ve reached a diagnosis.

The doctors said that the Ebola suspect patient is in good spirits and in a stable condition. They also said that even if the tests come out negative, they still have to respect the rules imposed by the Centers for Disease Control and Prevention, as a way of precaution.
There is no information about the identity of the Ebola suspect who is being monitored at the Boston Massachusetts General Hospital.
The Boston Public Health Commission said on Tuesday:

“We want to reassure you that the hospital is safe. Even though it is unconfirmed that the individual has the Ebola virus, we are taking the actions recommended by the Centers for Disease Control and Prevention as a precaution. We will continue to keep you updated as more information becomes available.”

Last month, in October there have been several Ebola suspects treated in the State of Massachusetts, but it turned out none of the patients were carrying the deadly virus.

Health officials revealed that two people have died of Ebola in the US and the deadly virus infected more than 17,000 people and killed more than 6,000 in West Africa. The officials also stated that there are no current confirmed Ebola infected people in the US.

The world has been living in terror of the devastating Ebola virus that has spread from Africa to the US and other parts of the world. The recent shocking news reveals that the Ebola patient zero was a baby from Guinea named Emile Ouamouno.
Before this news was released, no one knew who the 2-year-old toddler was. Now the whole world knows he is the Ebola patient zero.

Scientists from the New England Journal of Medicine are convinced the 2-year-old was the first person to have contract the deadly virus almost a year ago, before the outbreak spreading all over the world. The researchers still don’t know how the little boy became the Ebola patient zero and how could he have been infected with the Ebola virus in the rainforest village from the southern part of Guinea, where he lived.
It is known that the Ebola virus can be passed from animals to humans through infected tissue or body fluids.

According to the World Health Organization,

“In Africa, infection has been documented through the handling of infected chimpanzees, gorillas, fruit bats, monkeys, forest antelope and porcupines.”

The scientists discovered that the Ebola patient zero, Emile started to show the virus’ symptoms in December. He started having black stool, a fever and started to vomit. The 2-year-old boy died four days later, on December 6. Within a very short period of time (less than a month) his mother, his 4-year-old sister and his grandmother died. The mother died on December 13, after suffering severe Ebola symptoms, like bleeding. The 4-year-old sister followed and died on December 29 after suffering Ebola symptoms like vomiting, fever and black diarrhea. The grandmother of the Ebola patient zero died on January 1. The father of the family was not killed by the virus but left grieving after his family.

The Ebola patient zero lived with his family in a village called Meliandou, with livestock animals like goats and chickens running free around the brown huts in which the family lived. Scientists believe that the Ebola virus came from one of the animals that came into contact with the little boy. 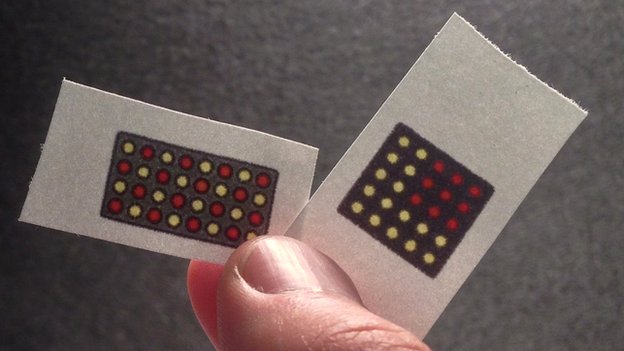