Astronomer Michael Koss was searching the skies a few years ago, hoping to find what we know as black holes. The official name for this is active galactic nuclei (AGN). These black holes are lurking in the cores of the galaxies and galaxies swallow matter hungrily. The gas they eat up heats up and the explosion is visible from billions of light years away. The mysteries of space.

Koss was looking for twin black holes when he found something out of the ordinary, even for space. What he found looked like a spot of light, he named SDSS1133, located in a small (dwarf) galaxy called Markarian 177. The dwarf galaxy is located 90 million light-years away from our planet, in the bowl of the “Big Dipper”.

What Koss noticed looked like a regular black hole except it was not in the middle of its galaxy. It was off-centered by approximately 2,600 light-years away from its galaxy. Koss said that it might not be a black hole, but a very unusual exploding star.

Koss wasn’t really pleased with his theory that the black hole wasn’t really a black hole and started to further investigate. He went back to earlier NASA observations, made by the Swift satellite and discovered that the bright spot was there even in the 1950s. Koss said that stars don’t usually take 50 years to explode, which means that the star is a black hole after all, one that has been cast out from its own galaxy.

Laura Blecha, one of the astronomers involved in the study said:

“We suspect we’re seeing the aftermath of a merger of two small galaxies and their central black holes.”

NASA has launched a new project showing how the carbon dioxide travels around the globe. The scientists from NASA Goddard Space Flight Center have made a computer model of the carbon dioxide showing it in high-resolution videos and pictures. The pictures show the carbon dioxide and how it is dispersed across Earth.
The computer generated simulation shows the differences in how the greenhouse gas circulates in the southern and northern hemispheres and how it moves in different seasons.

NASA officials say that the latest carbon dioxide simulations will help scientists study how the carbon emission sources and the weather systems are producing different carbon dioxide concentrations on different regional scales. It can also help the researchers project the future of our climate.

The visualization of the carbon dioxide was made by a computer called the GEOS-5, and it’s part of a simulation called the “Nature Run”. This simulation uses real data regarding the atmospheric conditions and the emission of the carbon dioxide. The computer is then left to simulate how the greenhouse gas behaves on its own in the Earth’s atmosphere.

Bill Putman, one of the lead scientists of the NASA project said that:

“We’re very excited to share this revolutionary dataset with the modelling and data assimilation community. We hope the comprehensiveness of this product and its ground-breaking resolution will provide a platform for research and discovery throughout the Earth science community.”

Besides simulating the way the carbon dioxide moves around the globe, the Nature Run project also simulates the movement of other natural forces like the wind, clouds, water vapors and airborne particles like dusts, sea salt or black carbon.

Archaeologists from northern Greece have discovered the remains of a skeleton inside a tomb that dates back to Alexander the Great. The 4th century BC skeleton was unearthed from inside a burial site in the Greek region of Amphipolis. The burial site is the largest to ever be discovered in Greece.
The Greek ministry of culture said that the 4th century BC skeleton belonged to someone distinguished given to the dimension and the lavishness of the tomb.

Katerina Peristeri, the chief archaeologists who discovered the skeleton said that:

“The tomb in all probability belongs to a male and a general”.

The recent archaeological discovery has kept Greek people enthralled ever since the excavation site was visited by the Prime Minister Antonis Samaras in August 2014 and said that it’s “an exceptionally important discovery”.
The discovery of the 4th century BC skeleton entombed in Amphipolis added to the excitement of the Greek people.
The Prime Minister told the reporters that:

“It is an extremely expensive construction, one that no single private citizen could have funded. It is in all probability a monument to a mortal who was worshipped by his society at the time.”

Archaeologists speculate that the 4th century BC skeleton entombed in Amphipolis could have belonged to a member of Alexander the Great’s family or to one of his important officials.
Apparently the tomb where the skeleton was found dates back to when Amphipolis was an important city of the Macedonian kingdom. The site where the skeleton was discovered is located approximately 100 km east of Thessaloniki, which is the second most important city in Greece.

The 4th century BC skeleton was found in a limestone tomb approximately 1.6 meters below the floor of the third chamber in the burial site. The tomb measures 3,23 meters in length, 1,56 meters in width and 1,8 meters in height.
The bone remains will be examined by specialists to find out more details about its identity.

According to the NASA researchers, they are looking to see if they can find any unseen planets which orbit the stars. One of the scientists, Glenn Schneider from the University of Arizona said about the new phenomenon that:
“It’s like looking back in time to see the kinds of destructive events that once routinely happened in our solar system after the planets formed.”

A fascinating fact the scientists discovered using the Hubble telescope is that no dusty disks were the same. All the disks of dust around the stars are completely different. Schneider said that the systems are not flat and one of the disks of dust have uniform surfaces. He added that:
“These are actually pretty complicated three-dimensional debris systems, often with embedded smaller structures.”

The astronomers observed using the Hubble telescope that one of the stars, named HD 181327, has a massive spray of debris and dust surrounding it. The scientists commented that this could be the result of two bodies colliding with each other. They also said that not all the irregularities they’ve seen in the dust disks come from the unseen planets in their vicinity.

NASA’s Christopher Stark said that the dusty material on HD 181327 is not close to the host star. He said that: “Catastrophically destroying an object that massive at such a large distance is difficult to explain, and it should be very rare.”

The researchers said that the disks they’ve seen using the Hubble telescope might have been warped and twisted with unseen star material while interacting with each other. The astronomers are further investigating to find out more and better understand the irregularities.

Using the Hubble telescope, the scientists were able to capture high-contrast images and could observe the debris system around the stars. Because of its distance, it was very difficult to capture images of the debris. Only a few dozen pictures were captured of the dust debris since 1995.

A new study about the interaction between parents and infants, and how it affects the baby later on, was published on Monday in the Pediatrics journal. One of the facts revealed in the study is that mothers talk more to infant daughters. It’s known that infants pay more attention and are more exposed to the mother speaking to them, especially in the first year of their life. This explains why the child often pays more attention to the mothers than to other members of the family in which the baby was born.

One of the authors of the study, Dr. Betty Vohr said that:
“Infants respond to both parents in the first months, with a greater response to moms.”

When it comes to the listening patterns of the parents, it seems that fathers pay more attention to the sounds their boys make, while the mothers talk more to infant daughters.

Although the reasons why this happens are still unknown, Dr. Vohr said that the study is very important and it can help in the future research into the important period of babies when they begin to develop the language. The co-author of the study added that:
“Early language exposure is critical for language development. Both parents and, in fact, all adults should be made aware of the importance.”

Dr. Vohr said that previous research showed that children develop a better language skill if they are exposed to adult speech in their home starting with the age of 2 months. She said that there isn’t much information about the environment of the babies in their first days of life until they reach 7 months. Also, there are very few studies concerning the importance of the parents’ speech in the development of the child’s language skills.

The new study showing that mothers talk more to infant daughters involved 33 babies and the parents. The babies had vests which recorded up to 16 hours of audio. The babies had the vests on when they were born, at 1 month old and at 7 months old.

The study analyzed the babies’ reaction to female and male voices and it was revealed that babies are more responsive to the mothers. 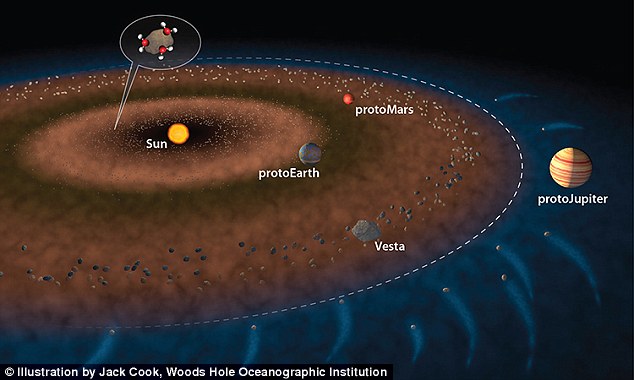